Update on The Key of Kilenya and Day Sixteen of Contest

What a day yesterday turned out to be! Ended it with 650 downloads on my book - extremely awesome, since I'm a no-name author! This morning there are 690. I can't believe the whirl of emotions I've experienced. Seeing friends posting about my book on their pages, then their friends saying things like, "Just started reading it!" and "So far so good" was surreal. Today I'm turning off the internet and my phone so I can focus solely on getting book two ready. It's coming out in August. Yay! :-)

That's how I feel right now. I was soooo stressed nothing would happen when we announced The Key of Kilenya had been published! Anyway. Glad that didn't happen. :-) We found out the reason behind the technical glitches on Nook and Kindle. The book can't be free - it has to cost at least $0.99 on their sites. I'd heard that somewhere before . . . So, with this, and the popularity of The Key of Kilenya, it will only be up for free for another couple of days on Smashwords, after which it will be $0.99. (Still not expensive. :-)) It's just easier to make it the same all the way across the board. I had to upload The Key of Kilenya to Nook and Kindle separately. They'll be running in a day or two. 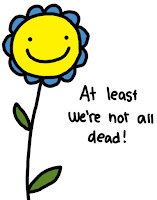 Yeah, we're not all dead, but I sure felt awful when I found out people were having problems. Hoping I didn't miss out on those readers forever!

I've been asked by many people how I expect to make any money having my book up for free. Here's my answer: I don't. But how would I expect to spread the word about my book if no one will invest in a no-name author? People won't usually pay more than a couple of bucks for a book (ebook, and even physical books) they've never heard of before. "Free," everyone loves. They download my book for free and it has just become an arc edition. They tell their friends about it, and their friends are willing to spend $0.99 for a book they've been told is good. I'll always have book one up for $0.99. Then, when I've got books two, three, four, five and six out, I'll put them up for $2.99. Again, that doesn't break the bank. But that's where I'll make money (in several years, you know. :-)).

Anyway, that's my update on The Key of Kilenya. Also, it's a great book and you should read it. :-)

But first, make sure you've entered my contest! Today and tomorrow are the last days. :-) (You can go back through previous days and do any of the entries there.)

For information about this contest (including prizes, rules and the other day entries), go here. If you find you don't have time to catch up on the reading, simply doing the "other" entries is perfectly acceptable.

The number in parenthesis after the items listed below is the number of entries you'll get for completing that task. For example, if you answer both questions regarding chapter ten correctly, you'll get four points. (And so on and so forth.)

Questions from Reading/Watching (if answered incorrectly, the entries won't count):
Other (easier) Entry Options:
Make sure you tell me how many chapters you've done - I've been keeping track of entries, so I have record, but it makes my life easier if you tell me now.

Oh, and don't forget to use the same email address for each entry, and to give me a name (Wattpad user name works), so I know where to give credit. :-)
Posted by Andrea at 6:29 AM