Last Day of the Contest!

I can't believe we're on the last day of this contest! Crazy how fast time flies! Today I'm working on edits for book two (it's such a long process!), and working on getting the print version of the book ready, including illustrations, etc. It's been fun! And insane. :-)

Here's how things will go:
You have until 11:59pm (New York time) tonight (June 30, 2011) to get your entries in. Anything later than that can't (and won't) be counted.
The winners will be randomly drawn, posted on this blog, and notified via email tomorrow (July 1, 2011).
They'll then have eight hours to respond.
When they respond, I'll let them know which prizes are (still) available, and they'll choose one of those prizes.
There will be much rejoicing.
And that's it!

For information about this contest (including prizes, rules and the other day entries), go here. Remember it's never too late to go back and complete entries for previous days. If you find you don't have time to catch up on the reading, simply doing the "other" entries is perfectly acceptable.

The number in parenthesis after the items listed below is the number of entries you'll get for completing that task. 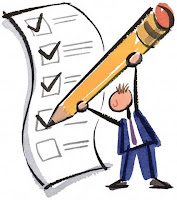 Questions from reading The Key of Kilenya and watching YouTube videos (if answered incorrectly, the entries won't count):
Other (easier) Entry Options:

Oh, and don't forget to use the same email address for each entry, and to give me a name (Wattpad user name works), so I know where to give credit. :-)
Posted by Andrea at 6:46 AM