Grammar Rules: Any One vs Anyone

Any one vs Anyone: Two words or one? I used to confuse this a lot! Here are the rules:

Spell as one word when the accent is on any:

Anyone can use this room.
Almost anyone has access to her tv.
Can just anyone stop by?
When will anyone care?

Spell as two words when followed by of:

Cite vs sight vs site: another easy one! (For most. Slipping up happens to the best of us, though. :-))

Example:
Cite it correctly.
She remembered to cite several other examples.

Example:
He sighted the cow in the neighbor's field.
The sight was something to behold!
It was an ugly sight.

Example:
It sits on the site of an old battlefield.
The site of the WTC Towers.
Her internet site is hideous!

Another great quote from The 365 Stupidest Things Ever Said calendar: A rockstar at Woodstock II said, "I always think it's cool to commemorate cool things that have happened, because there's a chance that you may, through commemorating them, evoke them again." - the Spin Doctors' Chris Barron.

The difference between today's grammar words (complement vs compliment) is nearly impossible to tell in speech, and easy to miss in writing. Isn't it weird how switching just one letter will change the meaning of a word?

Examples:
She complimented the man on his new haircut.
His pride held back the much deserved compliment on his brother's decision.
The animals complimented each other on obtaining the food.

Something that makes me crack up every time I read it: "The Sydney Olympics transport plan relies heavily on the rail network. It is expected that 80% of every single spectator will arrive by train."
Broadcaster Hugh Remington, Channel 9, Australia.

Grammar Rules: Could of vs Could've

Today's grammar rule is an easy one (for most writers. I don't see this rule broken very often in the writing world.).

Authors/writers: Make sure you're on my list of authors!
Posted by Andrea at 10:00 AM No comments:

Trying to keep this shorter than the amount vs number post! It's so much easier to remember bite-size bits.

Ever wonder whether you should say "Different from" or "Different than"? Ever know there was a difference, or a correct way to say it? Wonder no longer!

Authors/writers: Make sure you're on my list of authors! I can't believe July is almost gone! Where did my summer go?

Also, my interview of Rachel Ann Nunes (author) has been published on Mormon Artist here. Check it out! :-)
Posted by Andrea at 7:04 AM 1 comment:

Bad grammar can and often will get a manuscript rejected - even before the agent or editor actually notice the story. I'm going to be posting a whole ton of grammar type information - things we went over in my advanced business writing class - in the hopes that the review will be good for me, and useful to you. :-) Any material which did not originate from my own brain came from my teacher. (Ask if you'd like to know his/her name.)

Less:
He has less interest.
There's less light in here.
She has less brain cells than others.
We have less happiness.
She has less money.
A little less pride would be helpful.

Fewer:
There are fewer people in this room.
They used fewer animals than anyone else.
This street has fewer houses.
I need fewer pens! (Is that even possible? I say no. Can't have too many pens. :-) It's impossible. :-))

Authors/writers: Make sure you're on my list of authors!
International visitors: Canada is still winning, but the United Kingdom is catching up! Australia and Japan come in next, nearly tying for third (Australia is one ahead Japan.) I love seeing the dots pop up on my map! :-)
Posted by Andrea at 9:50 AM 7 comments:

Needing Feedback on My Ad

Okay, so I wanted to tweet/post the actual ad, but realized the info it contains is a bit too much to be sending out all across the internet. :-)

This is soooo silly of me. I know it is. :-) But, I need some of my writer friends to give me critiques/feedback on an ad I've placed for private musical lessons.

Here's how the ad looks: 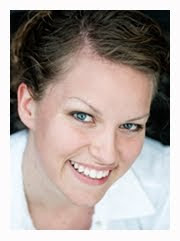 Violin, Viola, or Piano Lessons
Willing to travel to your home if transportation is a problem. Family discounts available.

Have played viola and piano for 18 years.

Suzuki trained, but will use any method that works for you or your child.

Now, here are my questions:

I'm given the opportunity to re-post the ad in 14 days and will change accordingly. :-)

I write this post to point out the fact that public criticism never works, and almost always backfires on those who attempt it. I don't want to tell people not to do it – I know I have no control over that – but the occasional reminder serves a good purpose.

For those of you who don't already know, I'm a member of the LDS (Mormon) faith. As a heads up, a lot of my words today will reflect my Christian beliefs. Also, I'm not talking about any particular incident, merely an accumulation of events. I've waited a long while (several months) before mentioning anything, to be sure my intentions were in the right place. Please send any negative comments to me privately.

It is not very often that I have someone burn or flame another person on my Facebook account or my blog. The last time it happened was a long time ago, I'm happy to say. I'm never sure how to handle it, besides deleting comments and sending private messages explaining why I did so. I hurt inside for those who are the object of public criticism or ridicule, especially when they're members of my family or are close friends. It hurts even more when members of my extended or immediate family or my friends harshly comment on each others' blogs or Facebook accounts.

Dale Carnegie said if you have any criticism or correction to give at all, it must be done in private. We know that our first reaction when angered or incensed is never the right one, regardless of whether it is public or not. And “righteous anger,” as Christ experienced when throwing the money changers from the temple at Jerusalem, isn't applicable now – if ever. Christ was and is the only truly righteous person on the Earth, and therefore, His anger was justified.

Perhaps it is necessary to consider the intent behind any form of public punition. Is it to bring ourselves up in our own eyes? To justify our pride? To show how much more we know than others? Or is it to help the other person? If it truly is for their sake rather than our own, wouldn't it be best if given privately, in lieu of a comment that everyone can read? Regardless of our intentions, pointing fingers and trying to make others look bad or show where they're wrong is always offensive to the Spirit, regardless of how offensive the original comment was.

Please consider the following with me:

I hope what I've said isn't taken wrong. I love and appreciate my family and friends, and don't mean to be offensive by posting this note. (We've already heard most of what I've said before, anyway.) We should be working toward building each other up, rather than tearing one another down. And again, I know this won't keep criticisms from being posted, but I hope we'll be more aware of the affect our comments have on others.

Thank you for reading!

Again, please send any negative comments to me directly. . . and privately. :-)

Update on My Book - The Key of Kilenya

I've been so focused on trying to find a job that I haven't given any updates on my book for a while. :-) Good thing I didn't, cause the newest one changes a lot of things. :-)

We've pushed back the release of The Key of Kilenya for several months, aiming to have it come out late spring of 2011..

As I've told people this news over the last couple of days, I've had a lot of people ask how I'm handling everything. As it turns out, I'm very grateful for this change in plans. Many of you know I'd been fund-raising for my friend, Clark, who passed away a few weeks ago. That was a difficult time for me, and I withdrew into a shell as I coped with things. Before he passed away I spent most of my time getting the word out about his situation and trying to put together fund raisers in my area. I didn't do anything toward my book release. Thank goodness someone with a lot more power than me is in charge – He knew I could only handle so much at a time.

Anyway, I feel much better about my book coming out later rather than today (the original release date). My deadlines have changed where writing is concerned, so not so much stress there as I'd previously been under, and I now have a few more months to spread the word and focus on letting as many people know about The Key of Kilenya as possible. And, in the meantime, I've gotta find a job and chop off a bit of debt. :-)

I'll definitely let everyone know when my book will be released. Let me know if there are any questions, and thanks soo much for your support! Visit my website for my Facebook, Twitter and email list information. :-)

I'm really wondering here. Does that part of the United States just not have the internet? :-)

(If you're wondering what I'm referring to, just click on the map on my side bar that shows where hits on my blog come from.)

I'm almost convinced it's a conspiracy against me. I mean, even Serbia and Azerbaijan have checked in. England and Japan are tied... and Australia is just below Canada's visits. I've always been really fascinated with geography and traveling, so this app is pretty cool.

I haven't been getting in a whole lot of writing... Mainly been focusing on a side project. (To see what, check out my statuses on Facebook.) Oh, and if you haven't been added to my list of authors/writers, make sure you get that done. (Check out this post for info.) 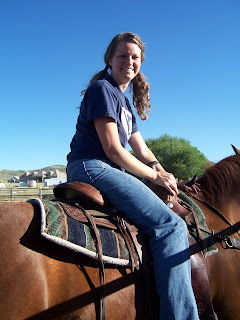