Today is the day I can finally make some announcements I've been wanting to make for a very long time! I've got five of them, so be sure to read through to the end, and help me spread the news!

First, The Key of Kilenya (or, as my hubby says, "Keys of Kilenya") is now available for purchase! James Curwen and I decided not to make them into individual necklaces, since several people said they wanted to carry them in their pockets, or to put on a key chain. The simple loop you see in the picture below will come with every key. Cost: $5.00. Click here to purchase, for more information, including shipping and handling info, and specs on how they were made! :-) 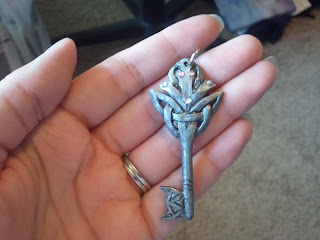 Second, I'm pregnant!!! Yay!! I can't even begin to say how excited we are. :-) And I can't even say how hard it was not to blurt it out randomly (before we made the announcement)! Morning sickness = awful. Being tired all the time = not so much fun. Frequent bathroom trips = sigh. A baby coming the first week in December = wonderful and awesome! Here's an older picture from our first ultrasound (cause it's an adorable picture :-)): 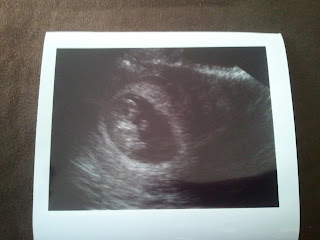 Third, August Fortress, Kilenya Series Book Three is now available as an eBook! Hallelujah and miracle of miracles! :-) You can get it from Kindle, Nook, or Smashwords for $3.99 (Smashwords carries most formats). It'll populate to Sony, Kobo, Apple, etc., in a couple of weeks, and the print version will be out in a month or so. 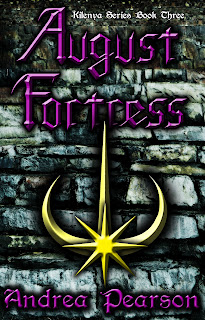 Fourth, we've released a compilation of books one and two into an eBook, complete with a gagreel of silly/stupid/funny typos my editor(s), beta readers, and I discovered while going through The Key of Kilenya and The Ember Gods. If you want to get caught up on the first two books before reading August Fortress, download Kilenya Series Books One and Two from Kindle or Smashwords (Smashwords has Nook's format, along with formats for the other eReaders). It's only $2.99 right now. 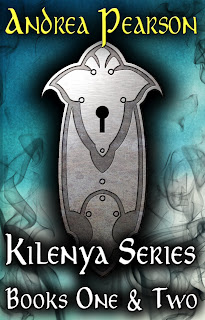 Fifth, and as many of you already know, the eBook version of The Key of Kilenya is up for free across the board! (Kindle, Nook, Smashwords) It has been this way for a little over a month (will be for another week or so), and the downloads have been super, super good! And having it up for free has increased sales on all of my other eBooks. "Neato," as my dad would say. :-) The Key of Kilenya hasn't fallen below 25 on the bestsellers list on Amazon for its genre since going up for free. So cool. :-)

Seventh, August Fortress is FINALLY out!

Ha ha. Okay, you get the point.

Please help me spread the news by clicking on the "share" buttons a couple of lines below - especially the one for Facebook!

Thank you so much to all of you for your support, patience (while waiting for August Fortress), and friendship!
Posted by Andrea at 7:58 AM 49 comments: