I love Twitter. I was VERY skeptical about it at first, though. I mean, who wouldn't be? With a name like "Twitter" it seems so. . . so. . . cheesy. Now I'm super glad I joined - some of my best writerly friends were found through Twitter.

This post might be really short, but I'm going to give an "Andrea" tutorial on Twitter--a VERY basic one. :-) A necessary disclaimer: I'm not a Twitter genius--I'm still pretty new to it. For crying out loud, I only have 150 followers. :-) So, I'll mention things that either bother ME, or work for ME. Take it for what it's worth. :-)

First, we like to have followers. It makes us feel like we're not talking to ourselves. Here are a few ways to get more tweeps: 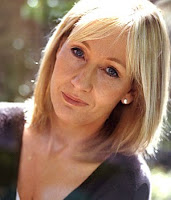 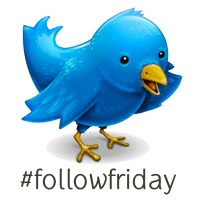 Okay, that's enough on how to get more people to follow you (and to stay, once they do). :-)

A few things to pay attention to:

Yes, I did remove all of Calvin's convos. :-)
My last bit of advice stems from Facebookers (like me) using Twitter. In Twitter, it isn't necessary to talk in third person. For example, "andreapearson2 says it's time to eat," or, "andreapearson2 wants to go biking now." That's a Facebook thing - and only Twitter noobs do it. :-) (*Andrea ducks as someone throws a shoe at her*)

I considered listing a bunch of people I've really enjoyed following, but didn't think that was a good idea in case I missed someone. There are AMAZING writers out there who are friendly, give great writing tips, and are dang hilarious. Send me an email (apATandreapearsonbooksDOTcom) if you'd like to know who they are and I'll send you my list. :-)

Anyway, I think that's about it. Did I miss any good, non-annoying ways to get more followers? And, what things have you learned which help you better use this wonderful site?

Back to Writing Tips Index
Posted by Andrea at 8:43 AM