A couple author friends and I are teaming up to do an eBook promotion from now until March 13, 2014. Why? To celebrate the release of Rachel Branton's newest novel, Your Eyes Don't Lie. We have something for every age! All of these are good for a very limited time March 7-13 (unless otherwise stated), or else are newly on ebook (like the CTR Club series and Behind the Mask Part 1). ENJOY! 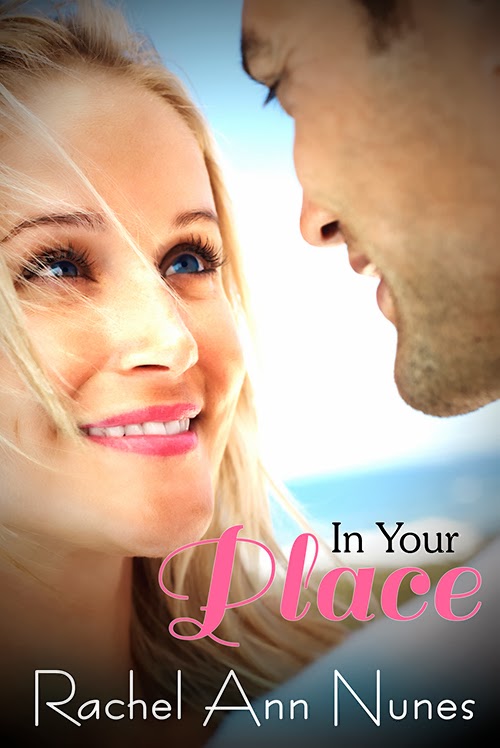 This is the first novel Rachel ever wrote, so we hope you enjoy seeing how far she's come. Be sure to read the author's note!

Description:
What if there were a couple—maybe just one—who fell in love before coming to earth? Raelyn Love and and Tiago Carvalho might just be such a couple, but going through the veil changes everything. Although there may not be a “one and only” for everyone, In Your Place, takes the reader on a journey of romance and possibilities as two people fall in love in the pre-existence and strive to stay in love forever.


A Challenge for Brittany 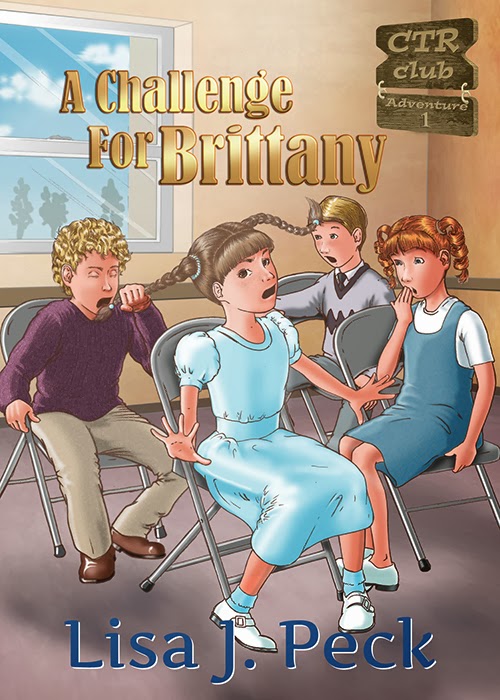 Description:
Brittany Stevenson, her little sister Christine, and her best friend Meagan have been asked by their bishop to be friends with Parker—a new kid in the ward. But Parker is autistic and loves to play with Brittany's braids. He even tries to stick them in his mouth! Brittany isn't sure anyone can overcome that kind of embarrassment! Or is there a way? 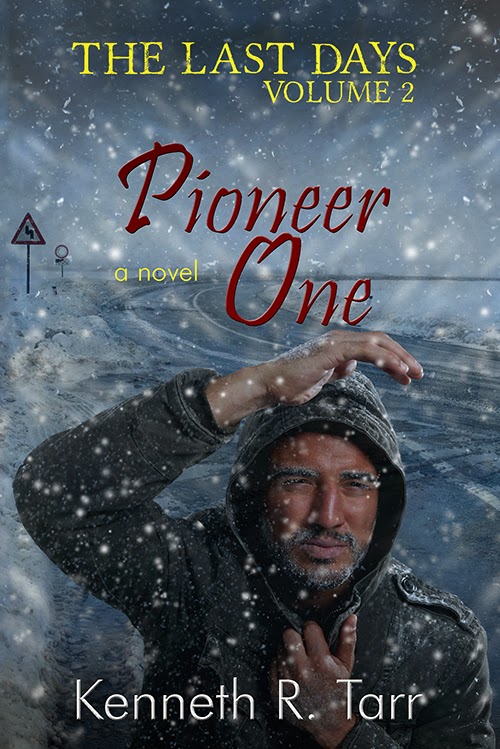 Description:
Steven Christopher was chosen by the LDS prophet to lead the first Mormon caravan to Missouri to begin the great work of building the center stake of Zion. Their journey is especially dangerous because it takes place after the collapse of American society and government, and the pioneers must struggle across the plains in primitive conditions. Through tribulation they must learn to depend on God in order to accomplish their great mission and become the people they were always meant to become. 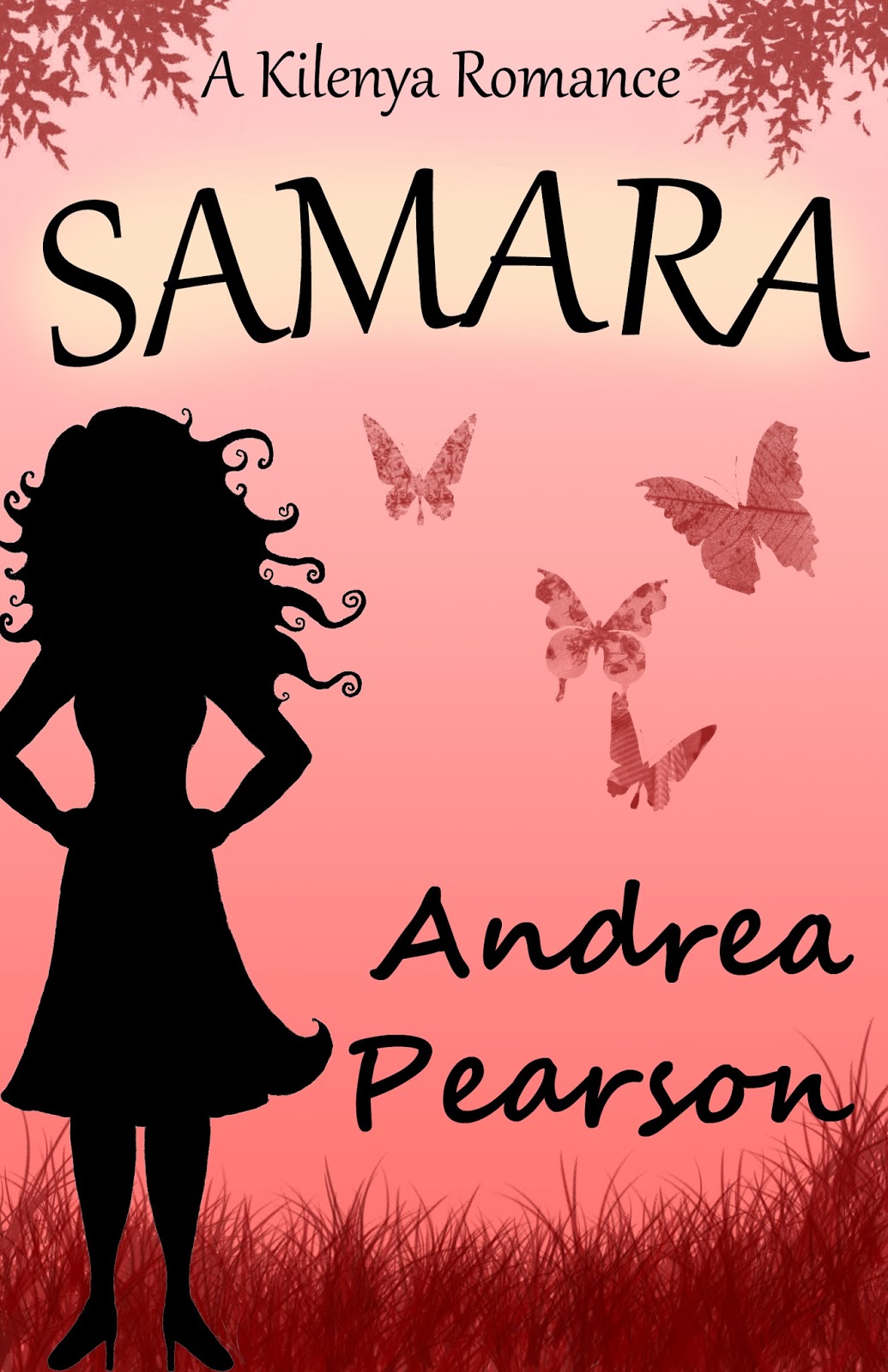 Description:
When Samara Oldroyd takes a break from her somewhat insane family to browse a music store, she meets the funniest, most attractive and awesome guy ever. A phone call interrupts their conversation, and she has to leave before she can find out anything about him—what his name is, where he's from, and why his smile is so familiar.
Her wishes that they'll run into each other again come true, but not how she expects. When her older sister finally lets the family meet her new boyfriend, Samara is shocked to see it's the guy from the music store!
Awkward and hilarious situations thrive as Samara tries—in vain—to undo the crush she's formed. Inspired by the film Dan in Real Life, this novella will tickle you pink. 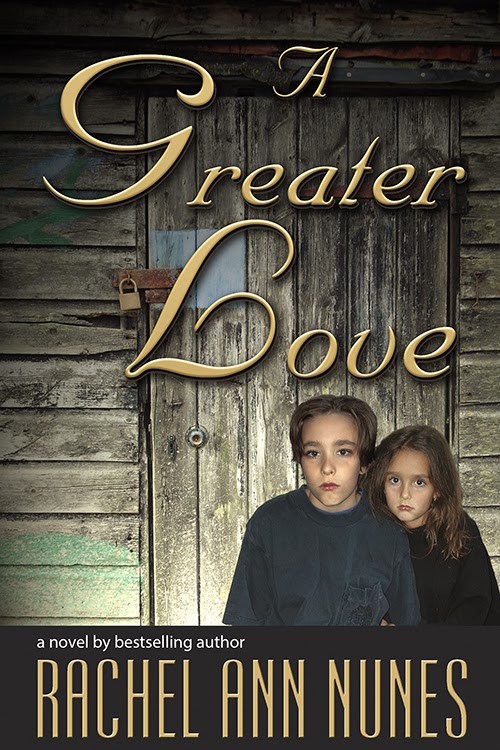 Rachel's Note: This book is undergoing a new cover and this isn't the final one, though it very much depicts the book!

Description:
Miguel Silva is a street orphan who will do anything to avoid the wrath of his alcoholic aunt and to keep his little sister, Sara, happy. He and Sara roam the streets of Portugal, begging and stealing to feed and clothe themselves. A sudden twist of fate throws them into an even colder world, where their only chance for survival is Daniel and Cristina Andrade. Daniel Andrade has put his bitter past behind him and found a new life with Cristina. But the past returns in force when Miguel steals his wallet on the ferry, throwing into motion a series of unstoppable events. Daniel doesn’t want to face the secrets of the past or open his heart to anyone—yet that is exactly what he must do or face losing everything he loves. Cristina Andrade also has secrets. Now she must choose between her husband and the deep longing in her heart. Or is there a compromise? Only Miguel can help them find the way—and time for Miguel is running out. Can the Savior’s love heal them all before it’s too late? 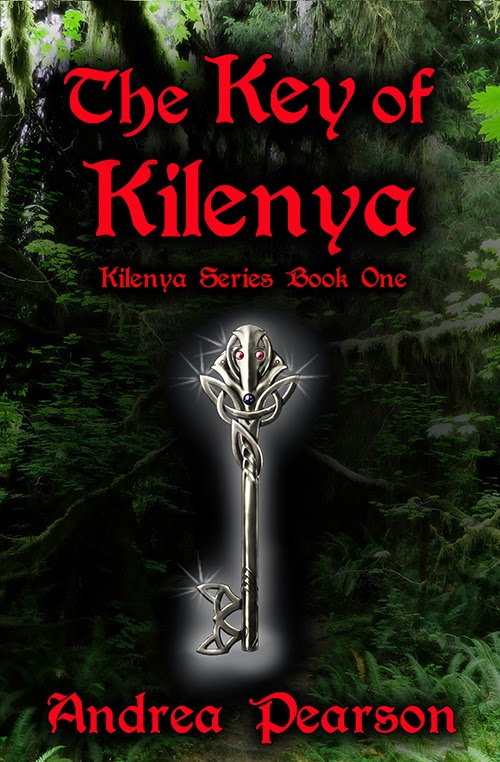 We all have choices--but we can't choose the consequences.

Jacob Clark is chased down a path that takes him to another world--a world where he is a wanted young man. The Lorkon want to control him and the special powers he possesses. The people of the new world want him to save them from the destruction of the Lorkon.

All Jacob wants is to go home, but even that choice has consequences. He doesn't know what to do and if he waits too long the new world and the one he came from will be destroyed. As Jacob finds people he can trust, he discovers himself in the center of the fight for freedom--both for himself and the people he's come to know.


Tell Me No Lies 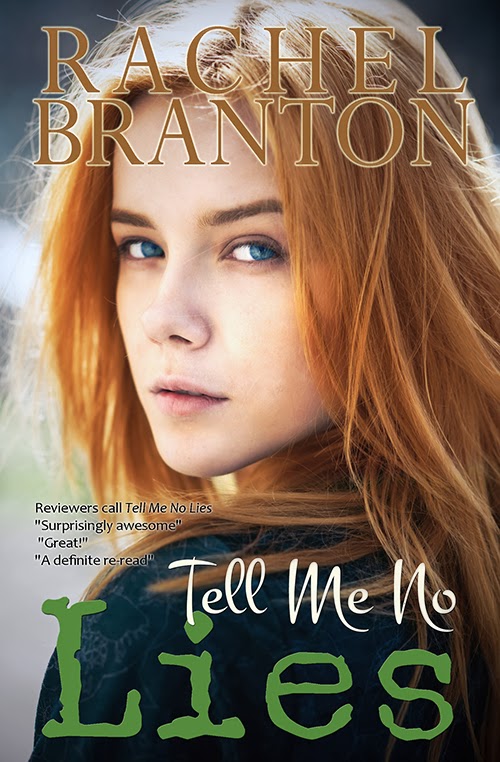 Description:
With her trust fund in jeopardy, Tessa Crawford enters into a relationship with a mysterious neighbor that soon turns into something more dangerous than either of them could have imagined.


Behind the Mask Part 1 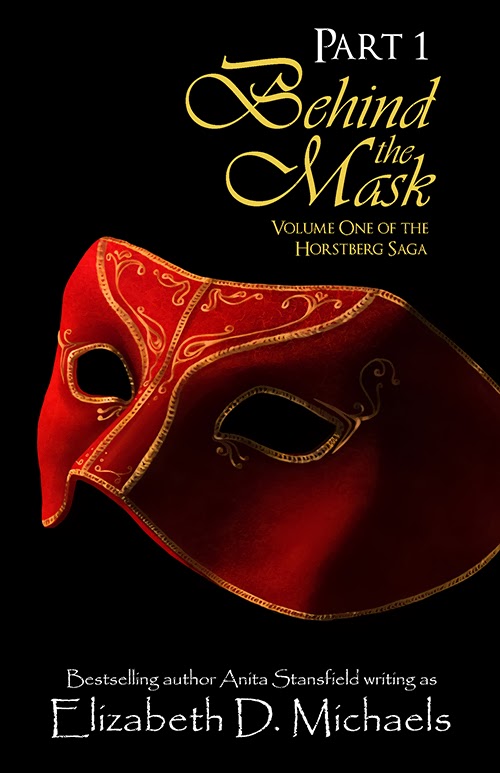 Note: This ebook contains Part 1 of Behind the Mask for an introductory price. There are three parts. A full version of the novel is also available for purchase on Amazon. The sequel, A Matter of Honor has also just been released.

Description:
When You’re Hiding For Your Life, What Do You Live For?

Abbi has the gift of dreams. But her uncanny ability to see glimpses of the future has no apparent purpose or meaning until a dream leads her to a man on the brink of despair and destruction. Cameron is a man without a name and without a country, framed for a crime he didn’t commit. Long ago forced into exile and believed dead, the passing of years have defaced him of all hope. Trusting only her heart and the power of her dreams, Abbi gives all that she has to lead Cameron back into a civilized world, where love is real and freedom comes only in facing what hides behind the mask. 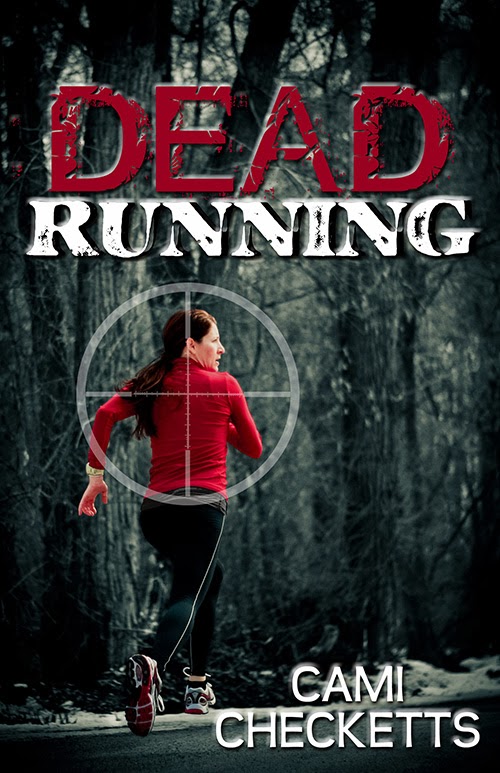 Description:
Cassidy Christensen is running.  Running from the mercenaries who killed her parents. Running from a scheming redhead intent on making her life miserable. Running from painful memories that sabotage her dreams of happiness.
With two very tempting men competing for her attention, she hopes she'll finally have someone to run to, but can she trust either of them? When secrets from her past threaten her family, Cassidy decides to stop running and fight for her future.
A light-hearted and clean romantic suspense, Dead Running will have you lacing up your running shoes and impatiently waiting for the sequel. The short sequels Dying to Run and Running Home are now available for only $.99. 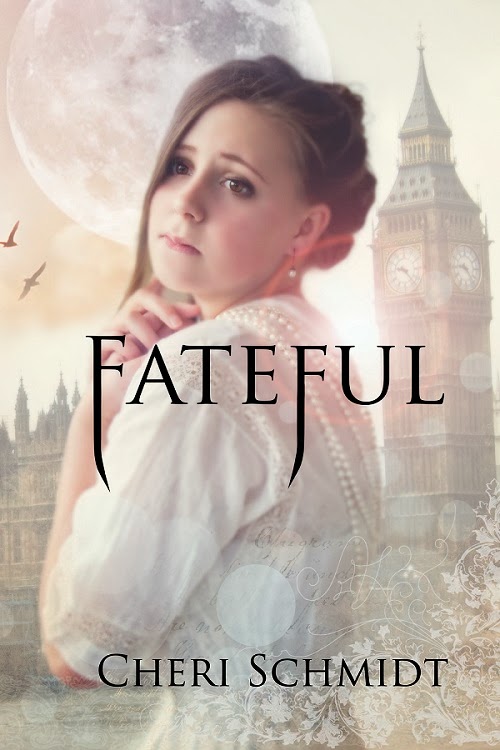 Description:
A huge fan of Jane Austen, Danielle hopes to find her own Mr. Darcy when she leaves Colorado to attend art school in London. Of course she knows it's silly to wish for that, naive even. But she's met enough males who lacked respect for women, a growing trend it seemed. And at nineteen...well.... However, on only her second night there she gets lost and is threatened by a stalker who proves to be immune to her martial arts training. Before she is completely overpowered, she is then saved by Ethan Deveroux.

While Danielle does find the romance she seeks in Ethan, he's no Mr. Darcy. Her hero is held by a spell which fractures their chance at a happy ending. During the day Ethan is closer to mortal than immortal and can date her like any other man. Yet, as the sun sets, the powerful magic of an ancient curse returns and the evil of that spell is revealed. When that magic begins, Danielle's fairytale romance ends because Ethan Deveroux is a vampire.

There you have it. ENJOY! Stay tuned for March 26th when we will be doing another round of 99 cents deals!
Posted by Andrea at 12:00 AM