I wrote something like this for my mother a few months ago. You can read that here.

Typically, the youngest child in a family gets all the attention. They're spoiled, babied, and their parents are able to provide them with a lot more conveniences the older children didn't have. 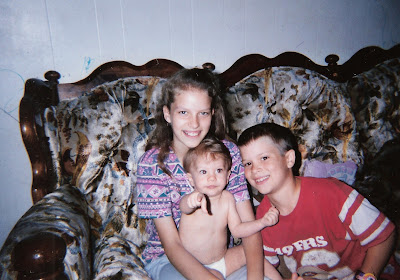 Josh is on my lap, pointing at the camera :-) 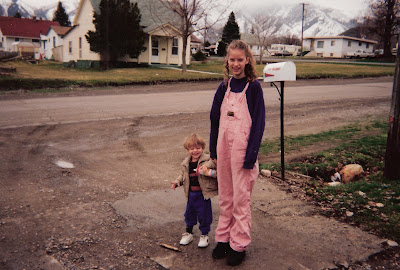 Big smile! (And ugly overalls. :-))
The youngest member of my family, Joshua, has never really enjoyed that sort of thing. Growing up, his brothers and sisters frequently demanded the time and attention usually given to the youngest. Even now, his older siblings and their children are almost always in the lime-light.

I wanted to devote some time to my younger brother, and give everyone the opportunity to get to know him better.

My mother, before having her 5th child, was warned she'd probably die if she had any more kids. This didn't deter her—she knew there were still children who were supposed to come to her home. Michael was the sixth, then she waited over three years before having her seventh.

Her pregnancy with Josh was very difficult. She was on bed rest for a great deal of it, and was diagnosed with gestational diabetes. For those of you who don't know a lot about this condition, it makes babies gain too much weight and they are prone to die suddenly before birth. Also, their lungs don't develop as soon as they should. 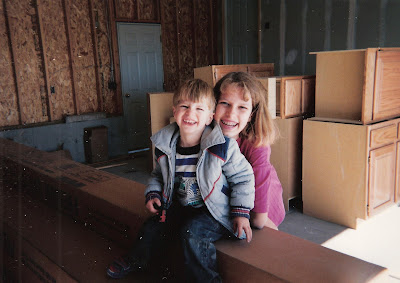 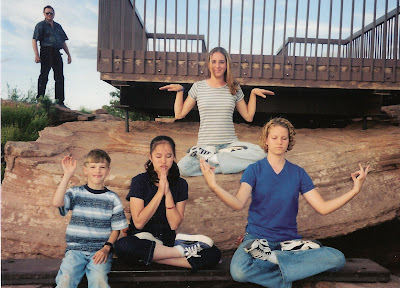 Waving at the camera :-)
(A cute story: When the doctors did an amniocentesis test to see if Joshua's lungs were developed enough for birth, he grabbed the needle. They had to wait until he let go. They couldn't pull it out of his hand or shake him off for fear it would harm him. The doctor said, “You can't tell me babies are not aware of what goes on in the womb. He [Josh] knew the needle was there.” His lungs were not developed and they had to wait another two weeks before delivering him.)

Joshua was a big baby (9lbs, 15 oz, 22 ½”), and my mom's doctor decided the safest way for her to deliver him would be via C-Section. She was too small to have a traditional birth.

Unfortunately, when Josh was ready to be delivered, my mom's regular doctor was performing an emergency C-Section for someone else. She ended up delivering Josh the standard way. Because the doctor who took over wasn't paying attention, he allowed my mom's cervix to clamp around Josh, crushing his chest. She pushed for an hour and a half, and had to have four people help her by pushing against her stomach.

After birth, they noticed he was turning blue and not breathing correctly. They suctioned blood out of his lungs, and he was immediately whipped away and placed in the intensive care unit for newborns. His lungs were bleeding, his heart wasn't pumping correctly, and the doctors said the chances of him making it were close to zero. They sent a video of his heart to Primary Children's Hospital, and the specialist there said he needed the heart/lung machine for infants. Unfortunately, this machine was in Boise, and the only machine at Utah Valley Regional Medical Center that might work was an oscillating respirator for adults. They wanted to fly Josh up to Idaho, but the oscillator wasn't built for traveling, so he was stuck at Utah Valley with close to no chance for survival. 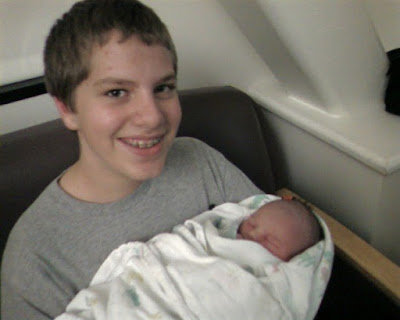 With his little niece 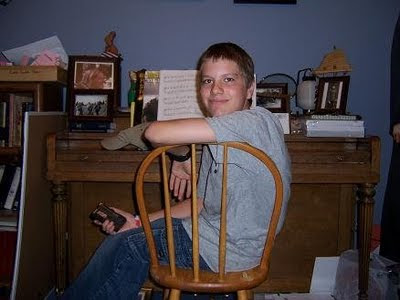 He loves playing the piano!
I remember how he looked there, in the NICU. There were so many tubes and wiring coming off of him, I could barely see him. He wasn't responsive, and was on adult-level doses for eleven different medications.

My parents were devastated. Our ward and entire family (both sides) fasted, and my dad and grandfather gave him a Priesthood blessing. We visited him as often as possible, praying for a miracle. The morning after the blessing, he started to improve. He stabilized three days later. Another video of his heart was sent to the doctor at Primary Children's, and she said it wasn't the same heart. He'd healed with absolutely no sign of his difficult birth.

He was Utah Valley Regional Hospital's miracle baby of the year. They had to gradually wean him off the medication, but eleven days after his birth, he was released from the NICU, and my parents were finally able to take him home.

His first year of life was spent quarantined with my mom. The doctors didn't know what caused the bleeding so told my parents to avoid anything dangerous until he was older. They didn't want there to be any chance of him getting sick, so my mom wasn't even able to leave the house. This year was interesting for me – I couldn't pretend to be sick, else I wouldn't be allowed to hold him. :-) 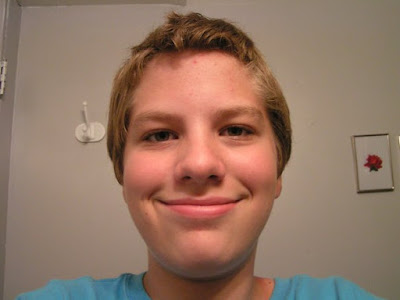 With our older sister, Lisa
He was a beautiful baby—longer eyelashes than I've still ever seen, and tons and tons of dark, curly hair.

His birth wasn't the only miracle he's had.

When he was 18 months old, he backed his bike down the tiled, metal-edged stairs in our house in Payson. My brother, Erik, then 14 years old, had a feeling to leave his room and walk to the bottom of the steps and hold out his hand. As soon as he put his arm out, he caught Josh, not even knowing Josh had been falling.

When Josh went over the stairs, he flipped over, landed on his jaw on the steps, then flipped again and was falling head first to the tiled cement at the bottom of the steps. The outcome would have been much worse if Erik hadn't been there to catch him. As it was, Josh broke his jaw, lost two teeth, and his top teeth were deadened and turned blackish gray. Poor kid!

Two summers ago was another near-miss experience. He was doing backflips on the trampoline, lost his footing, and landed on his face on the springs/bars. A little farther up and he would've broken his neck or lost an eye. Instead, he got 16 stitches. :-) 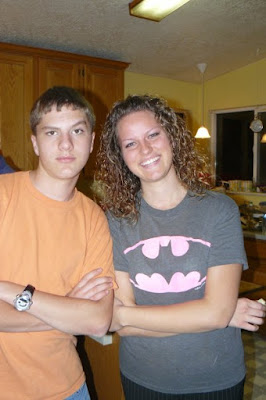 With me in my parents' kitchen
Now, on to Josh's personality.

He LOVES cooking, is known for it, and makes the best home-made pizza and bbq'd chicken in the world. He also makes a really good spaghetti sauce, the recipe for which is in the World Wide Ward Cookbook. He used to make it for ward auctions, and it was always one of the first things to sell.

He's dedicated to educating himself, preparing for a mission, becoming a pilot in the Air Force, and Scouting. He has the Arrow of Light award, and received his Eagle this September (2011). He does very well in school. 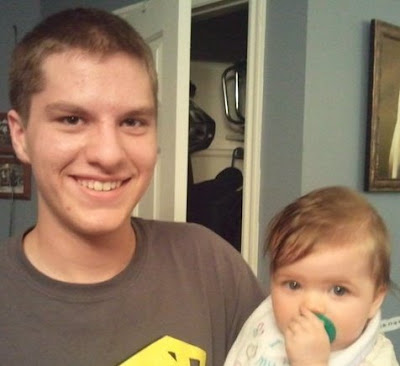 His niece still calls him "daddy" sometimes. He looks like her dad! 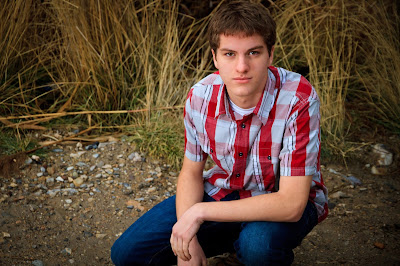 Senior picture (taken by our brother, Glenn)
Josh will be embarrassed when he reads this, but he is very tender-hearted. I'm not saying tender-hearted as in he cries a lot, but that he always knows when me or my mom are in pain, emotionally or otherwise. He's never been cruel to people or animals. He empathizes with other people's pain. Out of all my brothers he's the only one who has consistently opened the door for me (since he was five years old). He's always the first person to hug me.

There was a time when he wouldn't go to sleep at night until he came and gave me a hug and said goodnight. Once, when I got home late, my mom said he'd waited up for me, gave up, and had gone to bed. I found a sticky note on my door that said, “Goodnight, Andrea, I love you!”

He's quick to smile, slow to anger (rarely gets upset), and eager to help anyone. He's bashful and shy. He loves sports, photography, woodworking, dating, singing (bass), and especially playing the piano. His compositions are beautiful (go here for his YouTube channel), and he regularly plays Jon Schmidt. He loves animals, especially his chickens, and cat (Harley) and his bird, Kitty. He loves mountain biking. 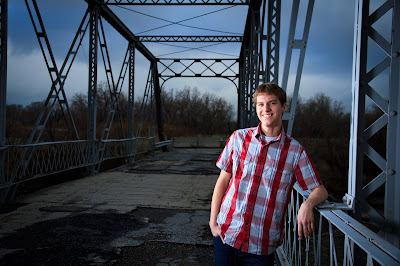 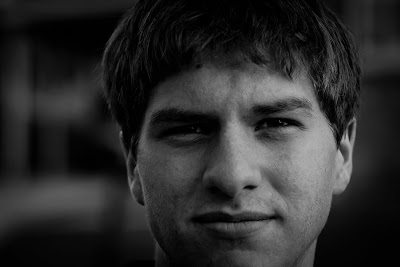 He's 18 in this picture, though he looks a bit older. :-) Photo by Glenn.
Out of all of my parents' children, he's always been the one most willing to help other people. Every time I've had surgery, he's been right there to make sure I had everything I needed. Last year, when I got strep, he cooked food for me and ran every errand I needed.

Joshua is a great brother and a excellent example to me of what it means to be charitable. I'm sure he'll always be this way – it's in his character. 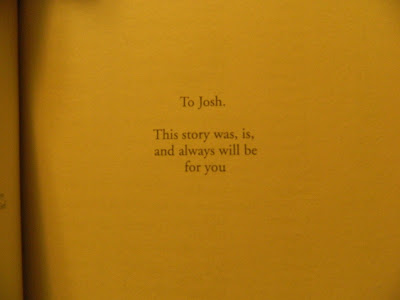