Book Review: The Cleansing of America 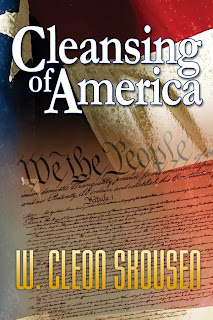 The Cleansing of America, by Cleon Skousen, is one of the most fascinating books on the last days I've ever read. It outlines the major steps which will occur on the American continent right before Christ's return to the earth, addressing many important topics, including the current state of wickedness in the world, the direct and indirect religious attacks that've been had on the Church, the location of the ten tribes, and even particulars on the scourge which will eliminate the wicked from both the Church and society in general.

One of the main underlying themes I sensed throughout the book, especially in the first few chapters, was the importance of remaining steadfast, righteous, and obedient to God, whatever our religion. We have no reason to fear the Second Coming, because the Lord will take care of and protect His faithful children.

After reading the book, I've found myself constantly thinking about the principles and points Brother Skousen mentions. They are thought provoking, and have given me plenty of material to discuss with friends and family. What is especially interesting to me is the fact that Brother Skousen didn't want the book published until the world was ready for it - sometime after his death. That time is now upon us - and that's a little scary!

I was really excited to learn that my publisher, Valor, was releasing a book written by Cleon Skousen. This man is a legend in my family! He was a good friend of my grandpa's - we heard his name spoken as often as Hugh Nibley's in the Glenn Pearson household.

To see the other reviews on this virtual blog tour, go here. For information on Cleon Skousen, go here. To purchase the book go here.

Back to Book Review Index
Posted by Andrea at 12:30 AM