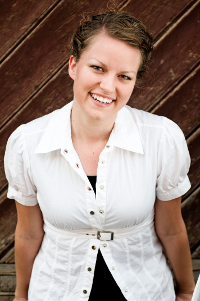 Andrea discovered her love of writing during the summer of 2008. Okay, so that wasn't very long ago. :-) She didn't want to be a writer at all before then--it wasn't even on her radar. She wanted to be a musician, an artist, or a surgeon. However, while serving a mission for The Church of Jesus Christ of Latter-day Saints, she discovered a passion for writing and words. She came home with an unquenchable desire to tell her stories and to become an author.

It took a couple of years and a campus job that was project oriented (and didn't mind if she worked on personal things in between projects) before she was able to begin realizing her dreams. The first book she wrote, The Key of Kilenya, was published June of 2011. People ask her where she got the idea for this story. It started when she was a kid, and her family lived in an old house. She found a skeleton key and used to pretend it was magical—that it could open any door to anywhere. She built on that idea over several years, eventually adding Jacob to the mix. It took six books to explain where Jacob's magical powers came from, and the Kilenya Series was completed January of 2014. It has been a bestselling series for middle grade readers and she's frequently asked to do school visits to talk about the writing process behind this series.

Discern, Mosaic Chronicles Book One, was released a few months after the Kilenya Series ended. It has been very well received and won the 2014 Swoony Award for best YA Paranormal Romance. Conceal, the sixth book in the series was released May 2016. Andrea has also released several books in her Kilenya Romances series and has started Ranch City Academy, a series that she and her illustrator, James E. Curwen, are writing with the help of students at a local elementary school. They've both really enjoyed that project!

A few other things about Andrea:

She's acted as a writer for MormonArtist, a magazine showcasing members of the LDS faith, and she was an editor for Gather.com's official writing group, Writing Essential. She wrote articles for the website Gospel Ideals for a couple of years.

Andrea graduated from Brigham Young University with a bachelor of science degree in Communications Disorders. She's very fond of music, and plays many instruments, her favorites being the viola and piano. Writing is the chocolate of her life - it is, in fact, the only thing she ever craves. Being with her husband, family, and close friends is where she's happiest, and she LOVES thunderstorms, the ocean, public speaking, painting, and traveling. 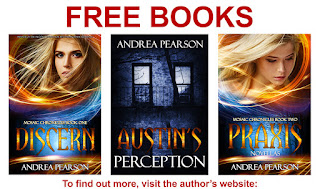